A decade ago, resolving plant hiccups in real-time was, in many instances, an expensive headache for the gas industry. With plants all over the world mostly situated in remote areas, plant issues often spelled costly and lengthy supply interruptions and loss of reliability from the customer’s perspective. Today, the emergence of modern technology has produced vast improvements in the various stages of Air Liquide’s operations - troubleshooting and training are two segments which have stood to benefit the most, especially through the advancements in Virtual Reality possibilities.

Air Liquide has been quick to develop, tailor and adopt new digital features. Across Southeast Asia, we are progressively changing the game of our entire operations structure with the newly inaugurated Smart Innovative Operations (SIO) Centre in Kuala Lumpur, Malaysia. Boasting a range of digital tools developed alongside promising start-ups, SIO has accelerated troubleshooting, accentuated local operations and given experts  access to expertise across borders.

WHAT SEEMED TO BE IMPOSSIBLE IN THE PAST, IS NOW MADE POSSIBLE WITH THE ROUND-THE-CLOCK ASSISTANCE PROVIDED BY SIO. 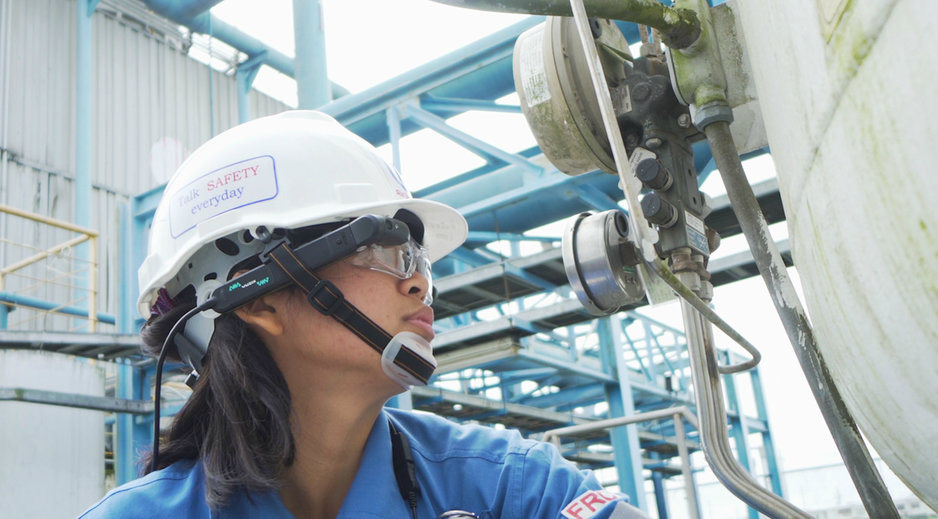 Imagine a remote plant in Australia requiring immediate attention due to a gas supply interruption. SIO intervenes to play a key role in such an instance, by connecting the on-site technician with an expert based in the SIO office. All of this can be done today in a matter of minutes and hours - in comparison, flying an expert over to assess the situation would have taken days or weeks!

Communication channels such as e-mails, phones, Facetime, Skype and Whatsapp are great - however, their features do not suffice when it comes to real time troubleshooting strategies. SIO enhances the efficiency of troubleshooting with the implementation of a system of connected glasses. This connected eyewear system is powered by Google Glass, which enables on-site technicians to collaborate and troubleshoot with the assistance of a removed expert who can advise him in real time.

The idea behind this technology was derived from the medical field where young surgeons were assisted to perform complex operations while being coached remotely, from a different location or country. This concept was commercialized by a start-up which is today an Air Liquide partner. Air Liquide has continued to develop the technology alongside the start-up over the past two years, constantly refining the details and mechanisms of the devices to better suit the industry’s needs. 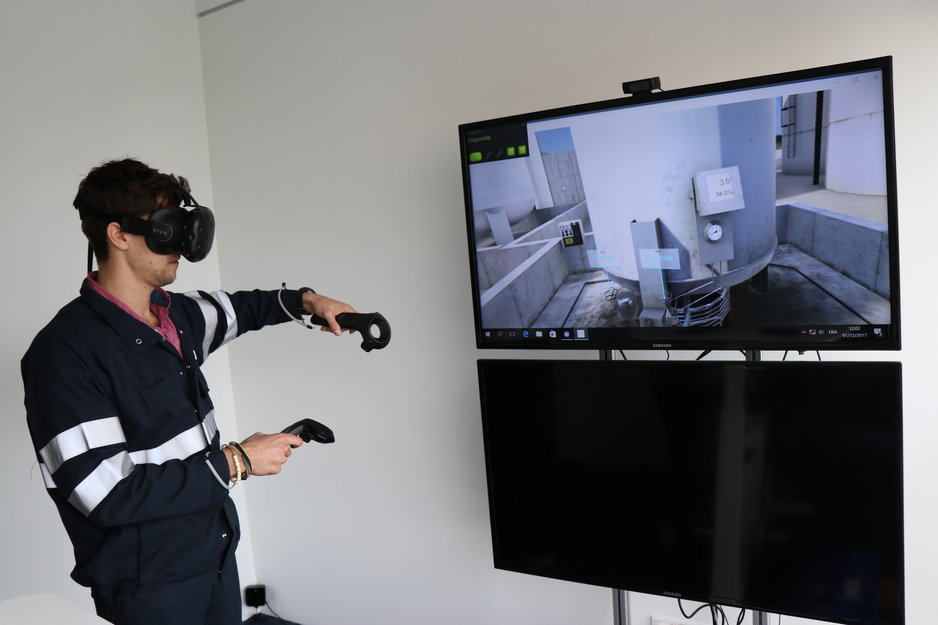 Besides the importance of attending to emergencies from a distant location, training is another area which calls for improved strategies to increase the effectiveness of Air Liquide’s primary resource - employees.

SIO enables Air Liquide employees to undergo training in a VR environment where instead of being exposed to only the theoretical side of plant operations, employees are able to train in a real time simulated environment which mimics the layout and operations of an actual plant. Such a training method improves employees’ technical understanding of on-site operations without incurring the typical cost of an on-site training program. Moreover, the safety of employees can be prioritized as hands-on training related injuries would become a thing of the past.

Greater immersion and visibility in training is crucial in driving productivity, especially so in complex environments such as air separation units. Sice VR has advanced to a stage where it is able to produce a virtual replica of the plant operations, employees can train as many times as many times needed - generating of a pool of highly skilled employees.

Knowledge at Your Fingertips 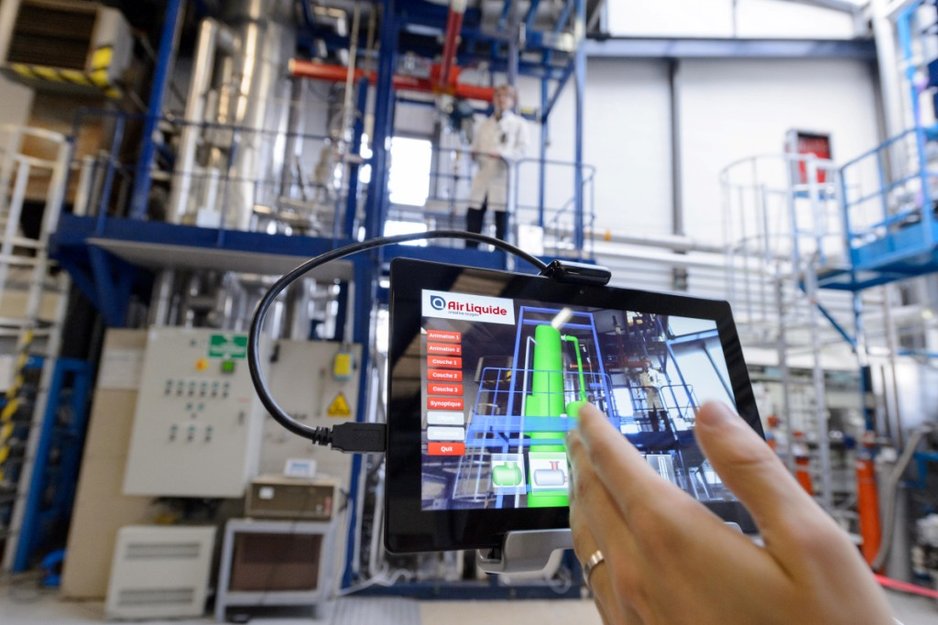 Youtube is filled with thousands of tutorials covering almost every topic under the sun - from how to repair your smartphone to learning a new language - all of which is available at a touch of a button. Inspired by this video-sharing and learning concept, the SIO team has developed a library of video tutorials for on-the-job training.

With the introduction of the aforementioned connected eyewear system, experienced local technicians or engineers are able to film interactive video tutorials of the technical gestures through these eyewear devices. Video content can be produced under just 15 minutes with an easy-to-use software known as SpeachMe. Such an internal knowledge sharing initiative shines the spotlight on employees with the best practises while benefiting employees who are new to the job or who require a memory refresh. Air Liquide has now gathered more than 150 videos for trainings in more than 6 countries and will continue to expand.

Designed for compatibility and efficiency, these modern digital tools have been employed to work in cohesion with each other, envisioning the holistic development of Air Liquide. The SIO Centre in Kuala Lumpur is but one of the many initiatives put in place to mould Air Liquide into a future-proof organization.